Into the Belly of the Beast with Laur Aliste 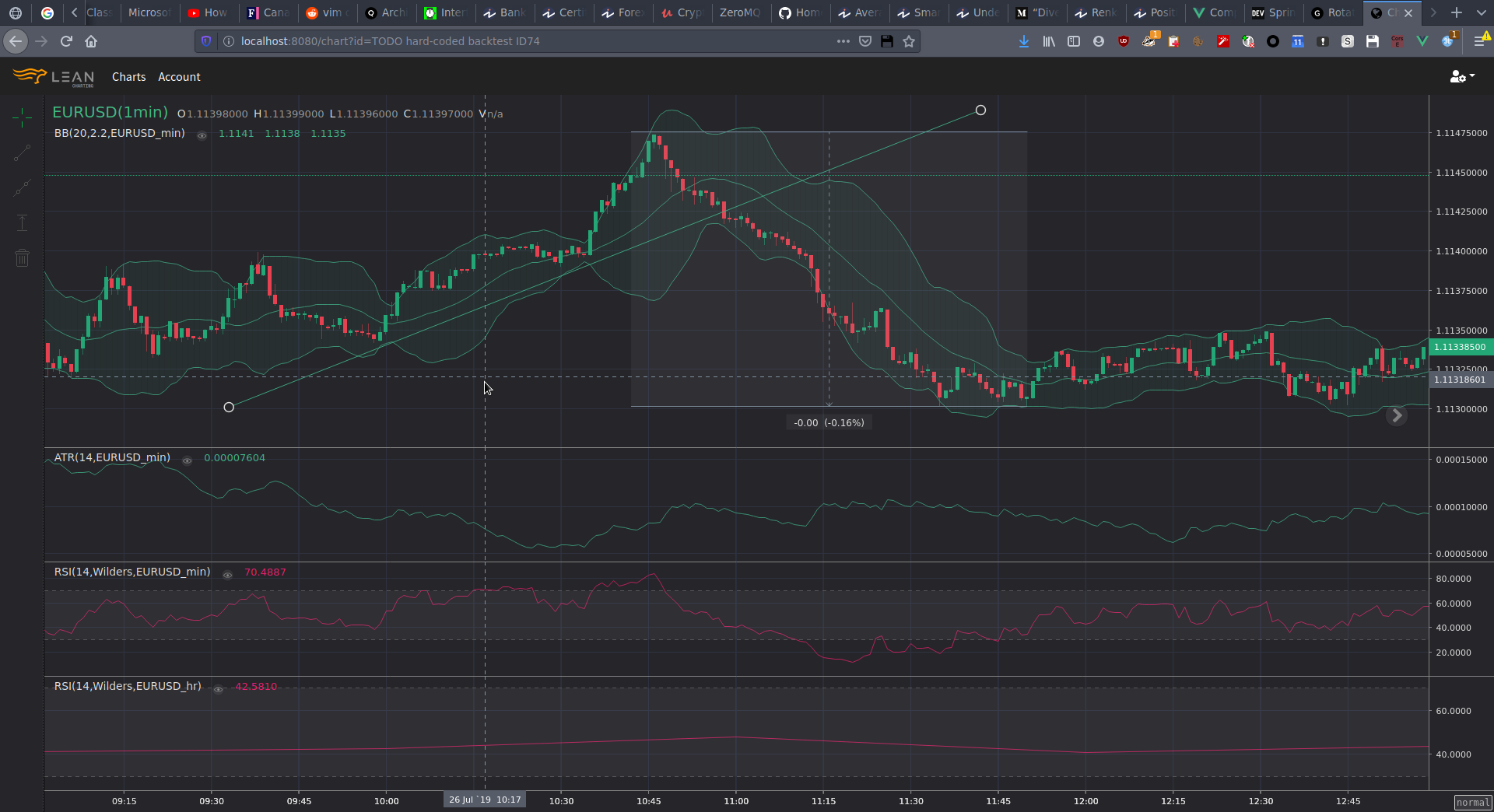 Recently, QuantConnect user Laur Aliste made an incredible chart visualization in his local implementation of LEAN. We talked to him about his story.

(Editor’s note: The answers below have been edited slightly for clarity and length.)

Laur: I got involved seven years ago in technology and I’ve been working as a software developer now for about five years. At the moment, I’m a lead Java developer in one of the largest gaming companies, a bookmaking company in the UK. From a technical perspective, I’m involved in Java-based languages.

QuantConnect: Was it challenging to transition from Java to the languages used in QC?

Laur: QC has support for algorithms in three different languages, C#, F#, and Python. So technically you wouldn’t have to get your hands dirty with C# if you didn’t want to. It’s just the additional requirements from charting that led me to the LEAN source code itself — that, and general curiosity to see what’s in the belly of the beast.

QuantConnect: Can you talk about how you went from your start with software development to involvement with algorithmic trading?

Laur: I got more interested in fintech five years ago. When I started looking more deeply into it, I realized getting more involved in the sector and really becoming knowledgeable would involve a larger time investment. So, after extensive research on what players were out there and who to invest my time with, I found QuantConnect, which was a pretty obvious winner for me.

QuantConnect: What drives your continued use of QC and your learning process?

Laur: I can only assume the most common driving force is the potential to capitalize on the industry. I would assume it’s trickier [to be profitable] than it sounds. I treat it purely as a hobby and an educational tool at this stage. I see algorithmic trading as a perfect mash-up of programming and improving one’s financial literacy. It’s interesting to try and make sense out of this complex beast [the market] and to try and interpret its inner workings.

QuantConnect: Did you expect quants to use charts less frequently, and typically focus on statistics vs. the visual indicators used in classic manual trading?

Laur: This one question really pops out to me because I don’t agree with the premise. It implies there is a gap between visual decision-making and computational decision-making. I don’t see it that way. I see visuals and computational decision-making as independent tools in our toolkit that can be used to enhance one another. They don’t replace one another but they can be used in a symbiotic way. For example, the main use case of visuals for myself as a newcomer in the industry is both for the development process and for the debugging process.

It is one thing to look at the logs and the final statistics of your algorithm’s logic; it’s another to see throughout the timeline where positions are opened and whether that fits the mental model of the logic you have written down. For me, as a professional developer, monitoring is a major part of any product, and [the charting I am building out] is a major asset in monitoring. It’s another tool to help develop and debug.

QuantConnect: Many users primarily use LEAN through the web browser. Can you share why you have chosen to use LEAN locally?

Laur: The reason why I chose LEAN, and as a result QC, in the first place was exactly because it was so refreshing to see one company publicly developing a trading engine in an industry that is so inherently covered in secrecy. It was absolutely groundbreaking to discover.

What was the factor for me [that led me] to use LEAN locally? It is the freedom it gives me. For instance, I don’t have to deploy my code in whatever server form QC is using; I can run it off of my own desktop if I wanted; I can choose my own server farm. Mostly I’m working in a Linux environment and the fact that LEAN is cross-platform was a positive factor. It doesn’t lock me into one specific platform.

But what’s great is that LEAN is an open-source platform, so anyone can write code and potentially get the code merged. No one is really telling you, “you can’t”.

QuantConnect: How do you think we can engage the community more and help users not just feel like consumers on the platform, but feel like they can be part of building it?

Laur: I believe by easing the entry process for users. QC has been bringing that barrier to entry down with better documentation and with bootcamps. The community has been paramount for me — especially the help from other users and the QC employees, including the founder of QC [Jared Broad], who is extremely active in the forums and on Slack. The other piece is the will of the user.

I’d encourage people to be more active in the development of LEAN by picking up on bugs and feature requests. Over the years you have seen this activity increasing. The more hands that get involved, the better the health of the project.

QuantConnect: Thanks for taking the time to share with us Laur! Take care.